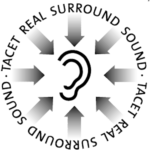 Welcome to the magic world of TACET Real Surround Sound!

With TACET Real Surround Sound you participate! You take an active part in the game of thoughts and sensations. You find yourself in the heart of the music and witness how the score reveals its hidden beauties. Listening to music in this way, like interpreting, means experiencing the process of composition. Those who engage in it will be rewarded with an intensity of musical experience that goes far beyond stereo listening. 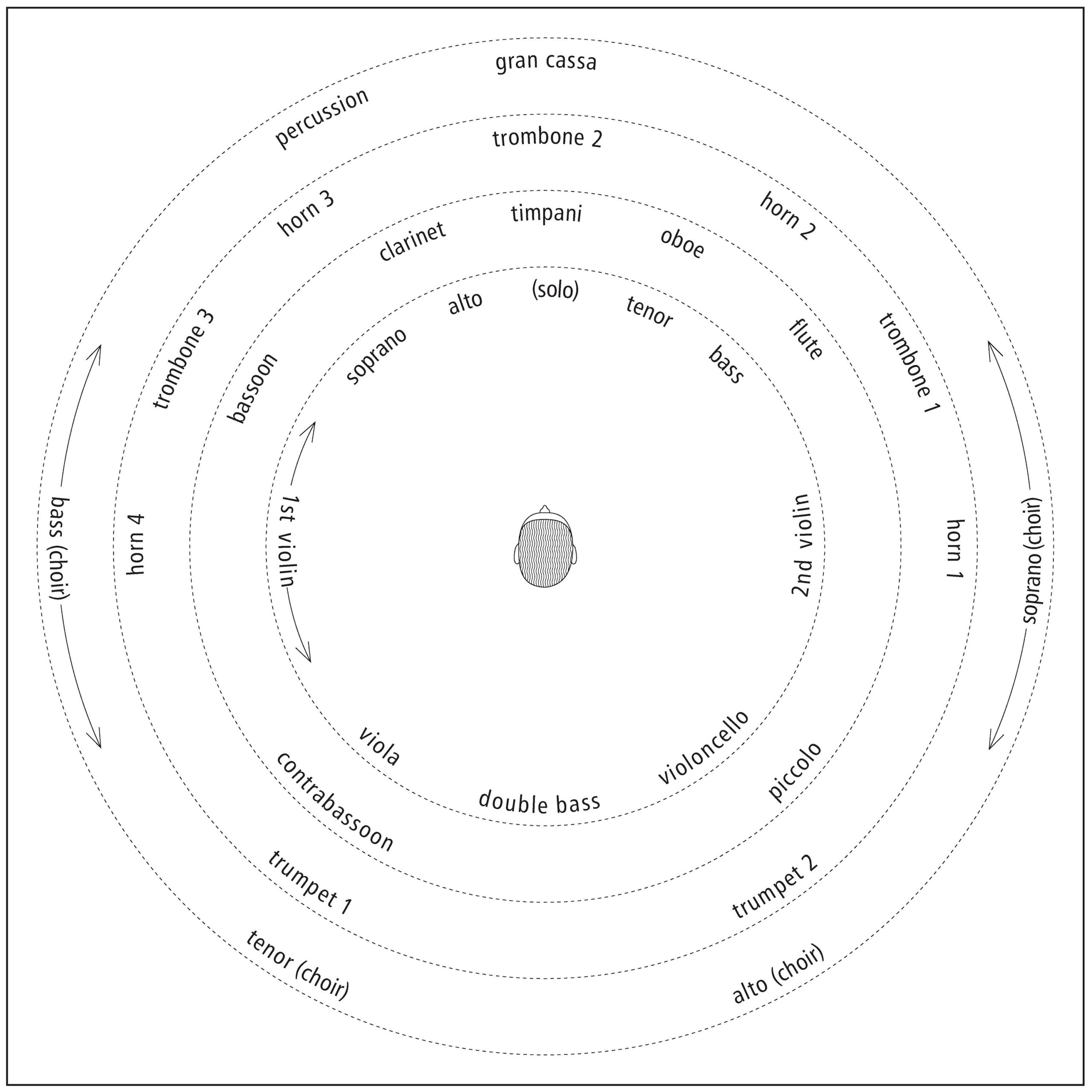 This page is intended for anyone who is interested in this experience or is simply curious, but does not want to purchase a physical sound carrier. Physical sound carriers with the TACET Real Surround Sound (SACDs, Blurays, DVD-Audios) are available almost everywhere, download files in TACET Real Surround Sound are available here. – Well, here we go!

Music and sound are inconceivable without space. Everyone knows that a concert can only develop its full beauty through the acoustics of a concert hall. Sound carriers with stereo technology only simulate the spatial impression as it was predominant at the given recording situation. 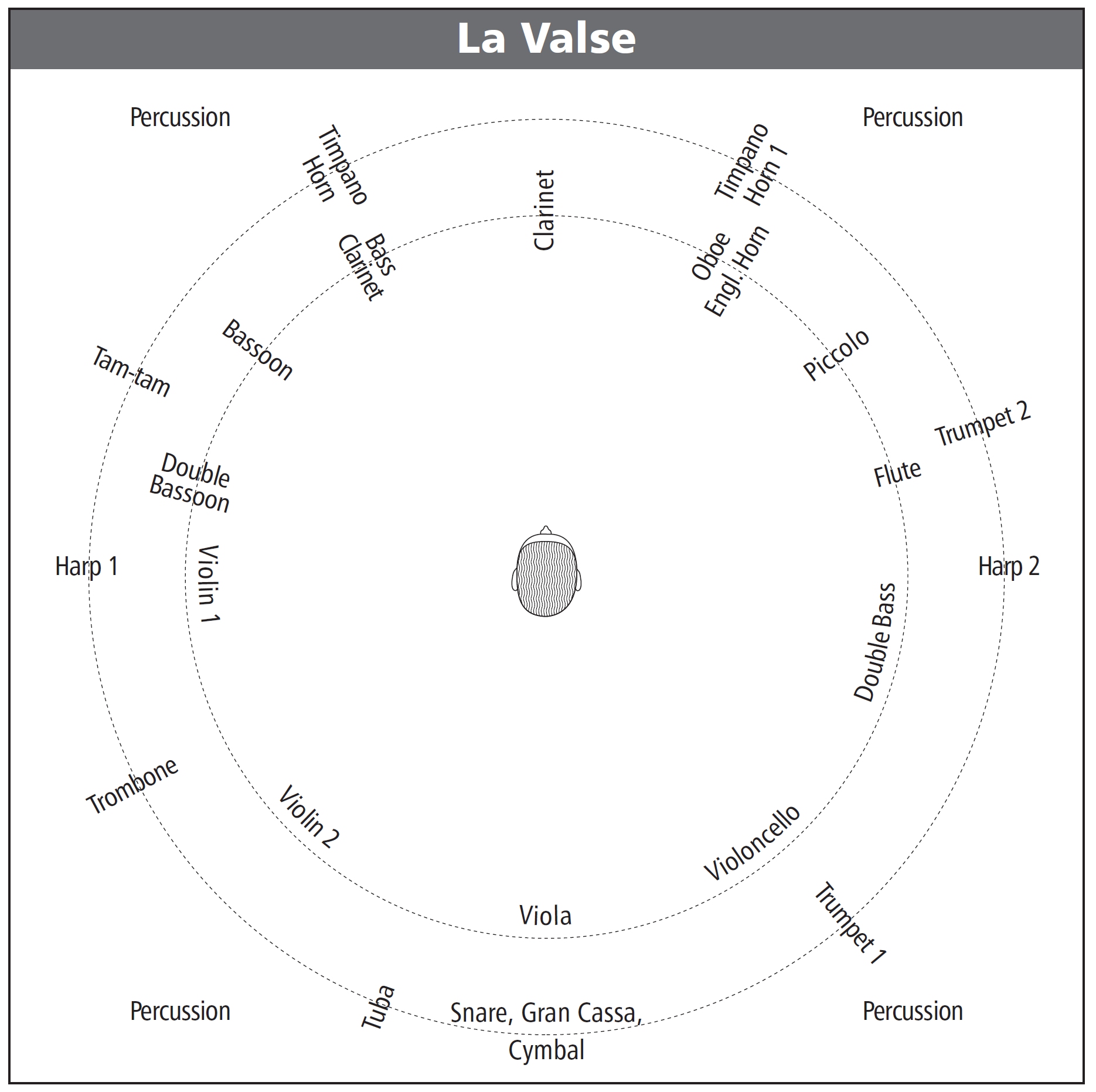 At this point, TACET is now going an important step further. Through the use of modern 5.1 Surround technology, it is possible to exactly reproduce the acoustic spaces or even create them anew, offering the listener so far untold perspectives on a musical work. TACET real surround sound stands for a completely new way to make classical music not only audible, but still more directly tangible.

The next video gives an insight into the production of Mozart’s “Linz” Symphony with the Netherlands Chamber Orchestra conducted by Gordan Nikolic.

TRSS extends the musical horizon around the listener, placing him in the middle of the music. MRSS renders the TRSS dynamic in all conceivable parameters; for instance position, spatiality or sonority.

With TRSS, the music sounds all around the listener. Placed in the middle of the action, he experiences details of a performance or composition as though through a magnifying glass: more closely and directly than with any previous forms of recording. But this amazing constellation of sound opens up even more possibilities. Like a novel, a play or a dance performance, music is composed of a succession of differently structured scenes that are continually changing. For example, if in one picture you imagine yourself confined within four walls, the next moment you might find yourself far away in the outdoors. We experience a particularly drastic version of this day-to-day in films with hard cuts between short scenes. Or when a dialogue takes place between actors on stage, who in the next moment are located somewhere else entirely or are even roaming freely in the space. All this happens in music as well. An instrument dances, for example. Threatening sounds envelop us. A chorale resounds from a distance. – Yet these productions are not arbitrary. Just as a film sticks to the script, MRSS sticks to the score.

TACET’s multi-channel productions have opened up a whole new world, and no one yet knows where it will end. The MRSS versions explore this new territory. It just takes a little time to get used to it and then you will be rewarded with completely new visions all your own!

We strongly advise you to try our free album number 154 on your hardware and software before making your first purchase. This way you can be sure that our files will play correctly. 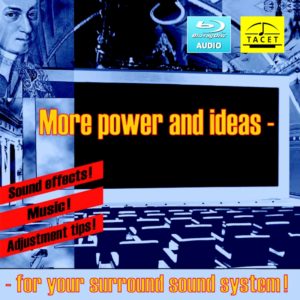 For the visit of our site, you may dismiss all of them. Should you intend to order with us or leave a comment, please accept at least the functional cookies.